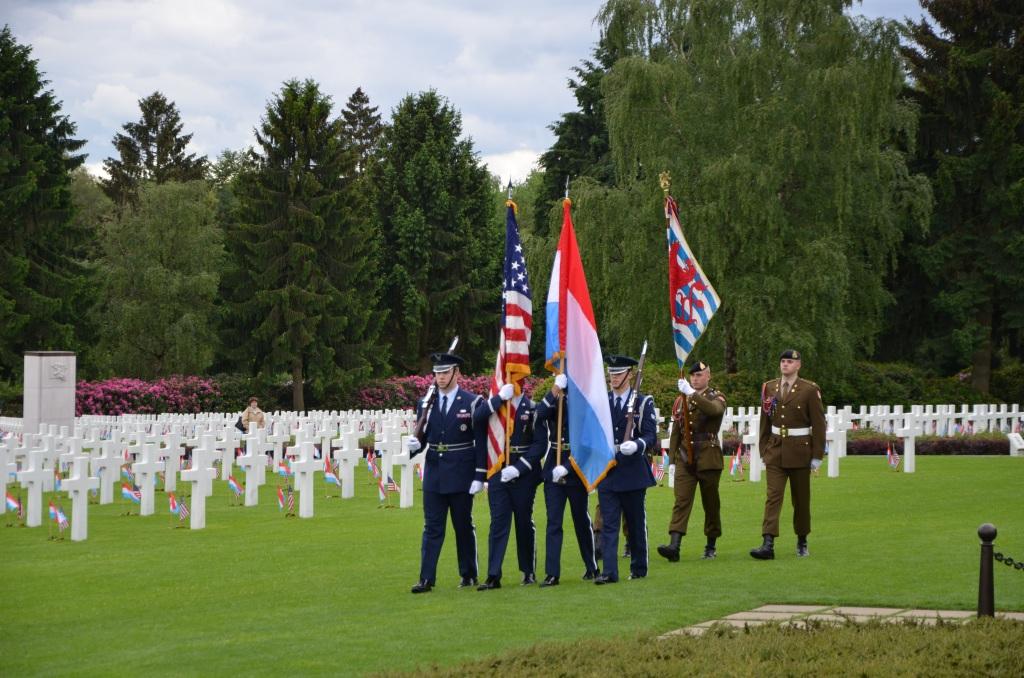 The color guard marches in during the 2014 Memorial Day Ceremony at Luxembourg American Cemetery.

The Memorial Day Ceremony at Luxembourg American Cemetery honored the nearly 5,500 individuals buried and memorialized at this site.

Other attendees and participants include World War II Veteran David Barlow, who fought in the Battle of the Bulge; Cherril Mc Millian, daughter of Cpl. Eugene Wehmueller, who is buried at the cemetery; and individuals from Disabled American Veterans.