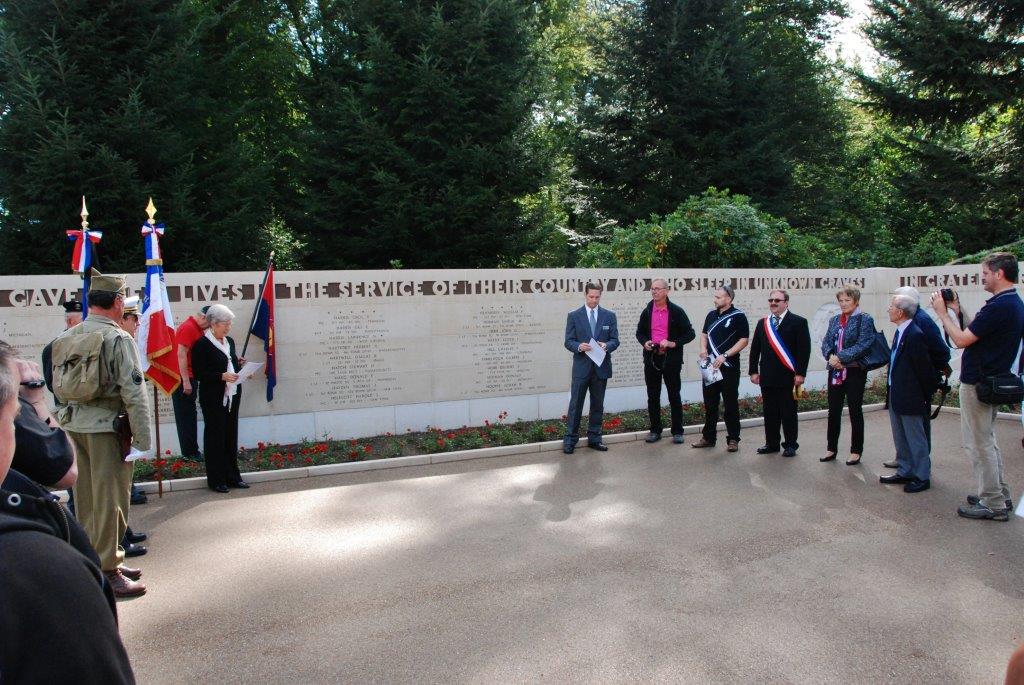 Attendees gather at the Wall of the Missing at Epinal American Cemetery for Pfc. Cecil Harris' rosette placement ceremony.

Epinal American Cemetery will host a ceremony on November 10, 2018 at 3:45 p.m. for placement of a bronze rosette next to the name of Pvt. Fred Ashley on the Tablets of the Missing. The addition of this rosette indicates that his remains have now been identified.

In May 1945, Ashley was a member of Troop C, 2nd Cavalry Reconnaissance Squadron, 2nd Cavalry Group, on a reconnaissance in the town of Paseka, in the former Czechoslovakia. On May 4, as many as 300 German soldiers attacked Ashley's platoon. He was mortally wounded and was last seen being taken away by German troops. Ashley's unit reported him missing in action as of May 4, 1945.  Following the war, when Ashley was not among the American prisoners liberated from German captivity, the War Department amended his status to killed in action. His remains were not recovered following the battle.

Ultimately, the remains of Ashley were positively identified in 2018. Of the 16 million Americans who served in World War II, more than 400,000 died during the war.  Currently there are more than 72,000 service members (approximately 26,000 are assessed as possibly-recoverable) still unaccounted for from World War II. Ashley's name is recorded on the Tablets of the Missing at the Epinal American Cemetery along with the other MIAs from WWII.