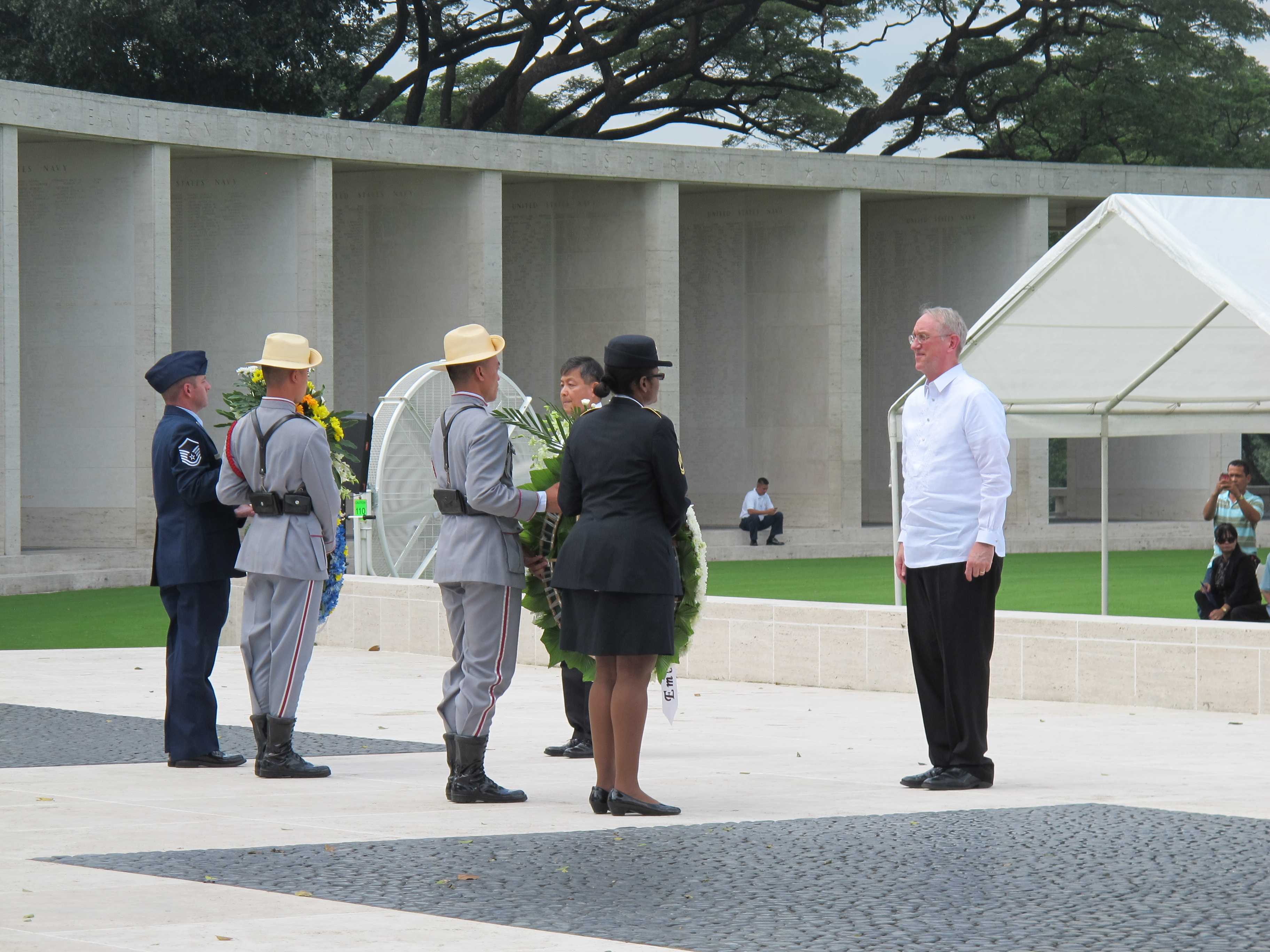 Participants present wreaths during the 2013 Veterans Day Ceremony at Manila American Cemetery in the Philippines.

The 2013 Veterans Day Ceremony at Manila American Cemetery included the posting of colors, the playing of the national anthems, the marking of the 11th hour with a moment of silence, an invocation, guest remarks, a wreath-laying, firing salute, the playing of “Taps,” and the retiring of the colors. Event participants included the Armed Forces of the Philippines Band, a U.S. Marine Corps Detachment, and U.S. government officials.

This ceremony honored the sacrifices of the more than 50,000 individuals that are buried or memorialized at this site.