Known before as the Mardasson Memorial, the monument stands as a tribute of the Belgian people to the American soldiers who died during the Battle of the Bulge.

During the ceremony, Matz said, "When Ambassador Gidwitz shared with us his vision of this memorial becoming the 31st federal monument cared for by the American Battle Monuments Commission, we responded with a resounding yes.

Continuing the bond our nations forged in the First World War and strengthened in World War II, we are honored today to assume responsibility for preserving for generations to come, this heartfelt tribute from the people of Belgium to the American Soldier." 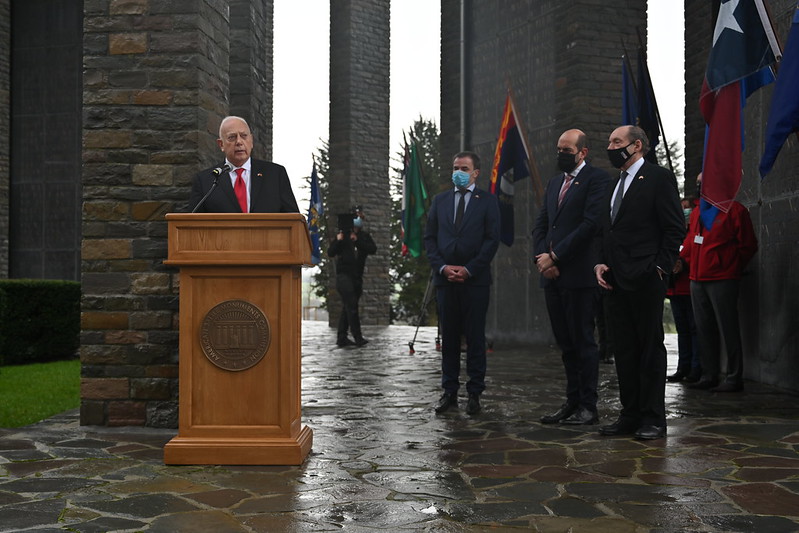