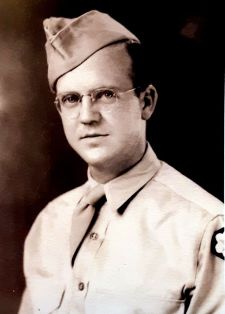 His remains, previously interred as an unknown at ABMC’s Lorraine American Cemetery in St. Avold, France, are now set for burial in Shiloh, Ohio on July 22, 2022.

Bowen was assigned to Company I, 3rd Battalion, 157th Infantry Regiment, 45th Infantry Division. On Jan. 20, 1945, his unit was attempting to secure ground near Reipertswiller, France, when it was surrounded by German forces. Reports indicate only two men from Company I made it through the German lines, with the rest being captured or killed, including Bowen. His remains could not be recovered at the time of his death due to ongoing fighting, and he was declared non-recoverable in May of 1951.

Unidentified remains, listed as “Unknown X-6083” and buried at the Lorraine American Cemetery, were disinterred in June of 2021 and sent to the Defense POW/MIA Accounting Agency (DPAA) laboratory at Offutt Air Force Base, Nebraska, for analysis.

A native of Ashland, Ohio, Bowen was 26 at the time of his death.

Bowen’s name is inscribed in the Walls of the Missing at Epinal American Cemetery in Dinozé, France, along with more than 400 others who are still missing from World War II. ABMC has placed a bronze rosette beside his name, indicating he has now been accounted for.

For more information on Bowen, visit the DPAA website.