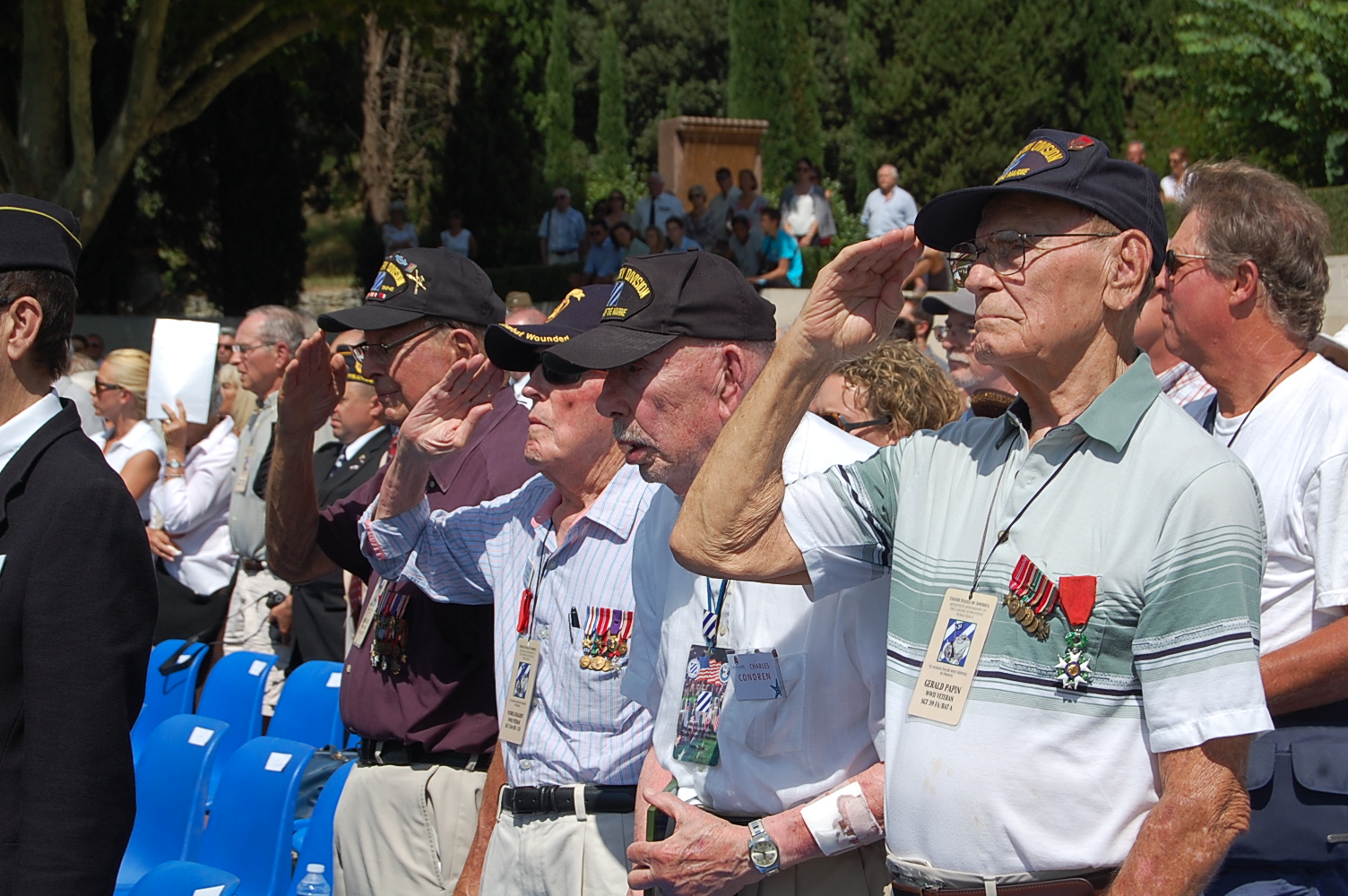 To commemorate the 70th anniversary of Operation Dragoon, two ceremonies were held at Rhone American Cemetery on August 16, 2014. The Town Hall of Draguignan and the Franco-American Society of Draguignan organized the traditional memorial ceremony honoring the service and sacrifice of those Americans buried and memorialized at the cemetery.