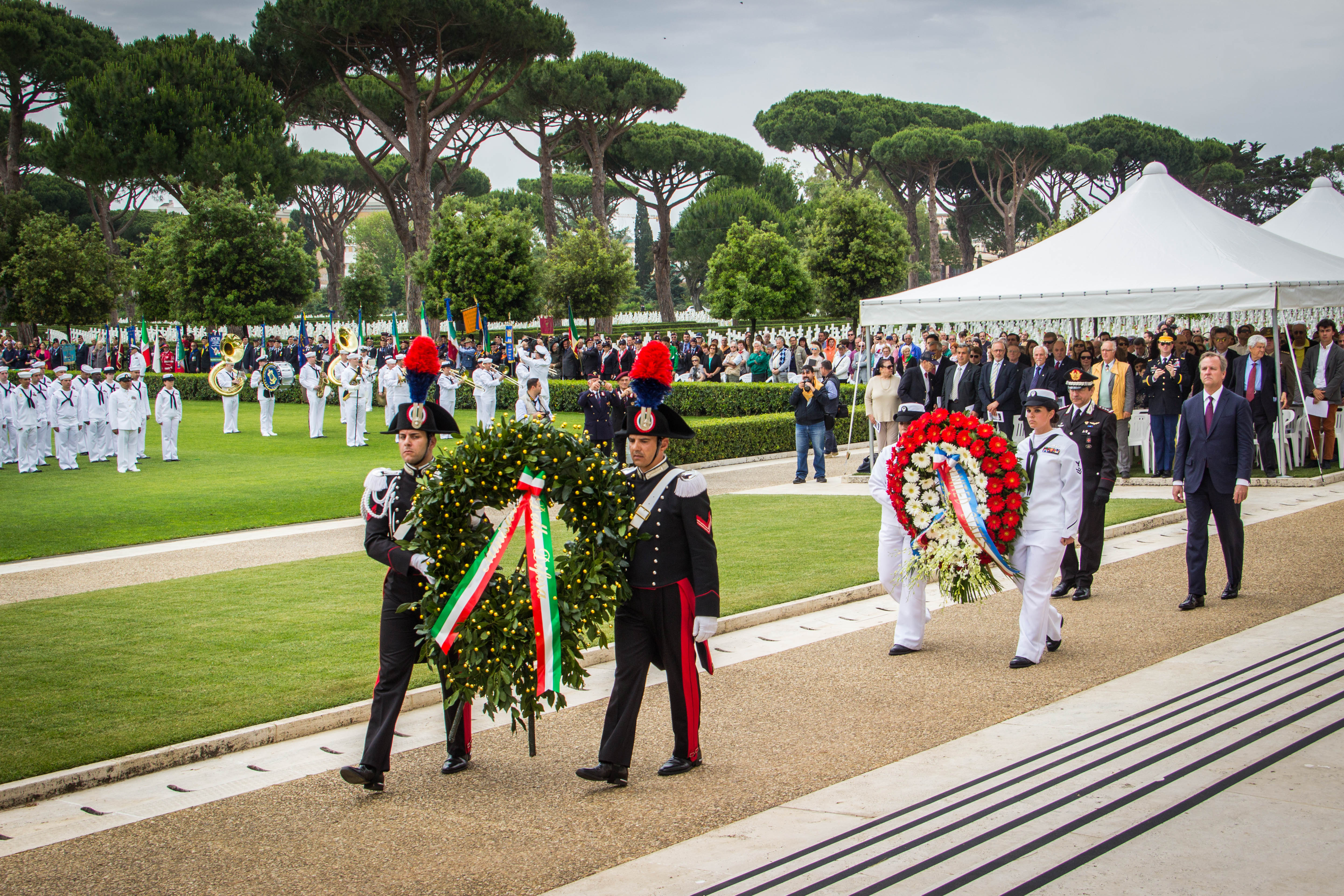 Members of the U.S. military participated in the 2017 Memorial Day Ceremony at Epinal American Cemetery.

Epinal American Cemetery in France will host its annual Memorial Day Ceremony on May 26, 2019 at 10:30 a.m. Attendance is free and open to the public. If you are a family member of someone who is honored at the cemetery and you're planning to attend the ceremony, please email the cemetery at least two weeks prior to the event.

Biographies and poem:  story of 1Lt Wyman and TSgt Williamson followed by “Someone will come” recited by Aaron and Ange

Song: “I’m Dreaming of Home” by the Chantraine & Dinozé Schools with Louise Sarrazin (violin) and Michael and Camille Lampson (bagpipes)

Playing of “Taps”, Raising of the Colors, and Minute of Silence