Following World War I, Congress recognized the need for federal control over the commemoration of American armed forces overseas. On March 4, 1923, President Warren Harding signed legislation that established the American Battle Monuments Commission (ABMC) and made the new agency responsible for the construction of monuments honoring the American Expeditionary Forces. Soon after, Congress directed ABMC to construct memorial chapels in the eight permanent military cemeteries in Europe, which were at the time maintained by the War Department. In 1934, President Franklin Roosevelt issued an Executive Order that shifted the responsibility for the management and maintenance of these hallowed grounds to ABMC.

Final dispositions of the remains of service personnel who died in World War I and World War II were carried out under the provisions of Public Law 389, 66th Congress and Public Law 368, 80th Congress, respectively. These laws entitled the next of kin to select permanent interment of a family member’s remains in an American military cemetery on foreign soil designed, constructed and maintained specifically to honor in perpetuity the dead of these wars. Alternatively, the next of kin could have the remains repatriated to the United States for interment in a national or private cemetery.

Today, ABMC administers, operates and maintains 26 permanent American burial grounds and 30 separate memorials, monuments and markers, on foreign soil.  It also maintains three memorials in the United States.  Today there are 124,000 American war dead interred in these cemeteries, of which 30,973 are from World War I commemorative cemeteries, 92,958 from World War II commemorative cemeteries, and 750 from the Mexican-American War. Additionally, more than 15,000 American veterans and others are interred in the Mexico City National Cemetery, Corozal American Cemetery and Clark Veterans Cemetery.  More than 94,000 American servicemen and women who were missing in action, lost, or buried at sea during World War I, World War II, the Korean War and the Vietnam War are commemorated by name on stone tablets in ABMC cemeteries and memorials.

In 1934 a Presidential Executive Order transferred the eight World War I cemeteries to ABMC and made it responsible for the design, construction, operation and maintenance of future permanent American military burial grounds located in foreign countries. In January 2017, the World War I commemorative program expanded when ABMC acquired its 26th cemetery, the Lafayette Escadrille Memorial Cemetery near Paris.

By the end of World War II, the U.S. Army had established several hundred temporary burial grounds around the world. In 1947 the Secretary of the Army and ABMC selected fourteen sites in foreign countries to become permanent American cemeteries. The chosen locations of these cemeteries corresponded with the course of military operations. They were turned over to ABMC after the interments had been completed by the Graves Registration Service, which was part of the U.S. Army. The configuration of the burials was proposed by an ABMC-appointed cemetery architect and approved by ABMC. After the war all temporary cemeteries not designated as permanent were disestablished by the War Department, and the remains permanently interred in accordance with the directions of the next of kin. In a few instances the next of kin requested that isolated burials be left undisturbed.  In these cases, the next of kin assumed responsibility for the care of the grave.

In addition to landscaped grave areas and nonsectarian chapels, the World War II cemeteries contain memorials, sculpture(s), battle maps and narratives depicting the course of the war in the region, and a visitor reception area.

Three memorials in Washington, D.C. – the American Expeditionary Forces Memorial, the Korean War Memorial and the World War II Memorial – were established by ABMC and are now administered by the National Park Service.

The policy making body of ABMC consists of 11 commissioners appointed by the President of the United States for an indefinite term. They serve without compensation, and meet with the professional staff of ABMC twice annually. ABMC has approximately 400 full-time civilian employees. Eighty of these are U.S. citizens of which more than 50 serve overseas. The remaining civilian employees are non-U.S. citizens from the countries where ABMC sites are located.

ABMC headquarters is located in Arlington, Va. A Paris-based office has operational responsibility for ABMC’s overseas cemeteries and memorials. Cemetery superintendents and their assistants are selected for their commitment to the heritage they honor. They do this by communicating the stories of the fallen that are buried or memorialized in our cemeteries to the public. They supervise staff that maintains the physical features, utilities and horticultural elements of the site ensuring the grounds remain in pristine condition.

General of the Armies John J. Pershing was appointed to the newly-formed ABMC in 1923 by President Warren G. Harding, and was elected chairman by the other members. He served as chairman until his death in 1948. He was succeeded by Gen. George C. Marshall. Following Gen. Marshall's death in 1959, Gen. Jacob L. Devers became chairman. He was succeeded by Gen. Mark W. Clark in 1969. Gen. Clark died in 1984, and Gen. Andrew J. Goodpaster was elected the following year. Gen. P. X. Kelley succeeded Gen. Goodpaster in 1991. Gen. Frederick F. Woerner became chairman in 1994. Gen. Kelley returned to ABMC in August 2001, succeeding Gen. Woerner. In 2005, Gen. Frederick M. Franks, Jr., assumed the chairmanship, and served until January 2009. Gen. Merrill A. McPeak was elected chairman in June 2011, and served until January 2018. David Urban was appointed chairman in July 2018. 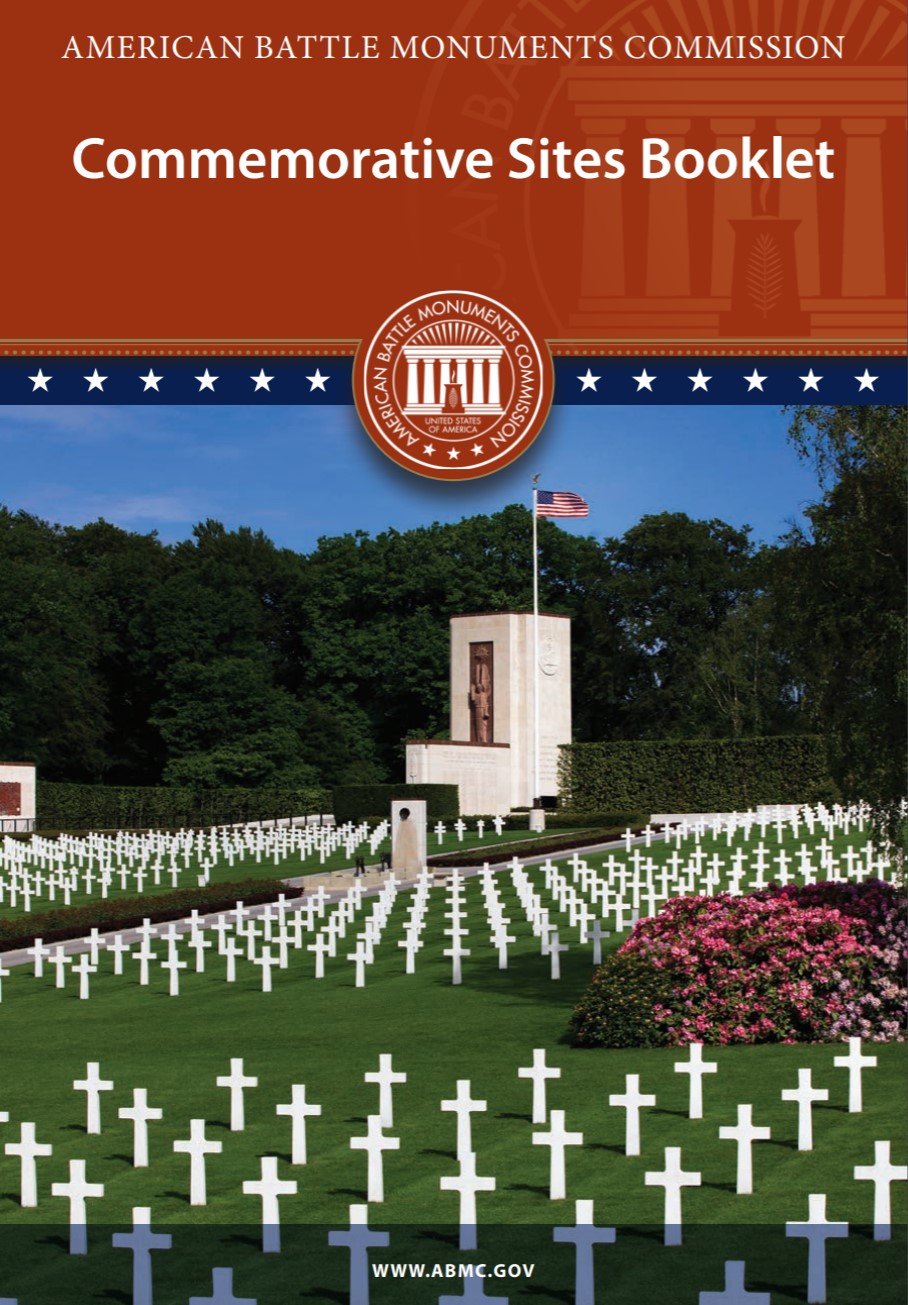