75th Anniversary of Allied Landings at Anzio and Nettuno 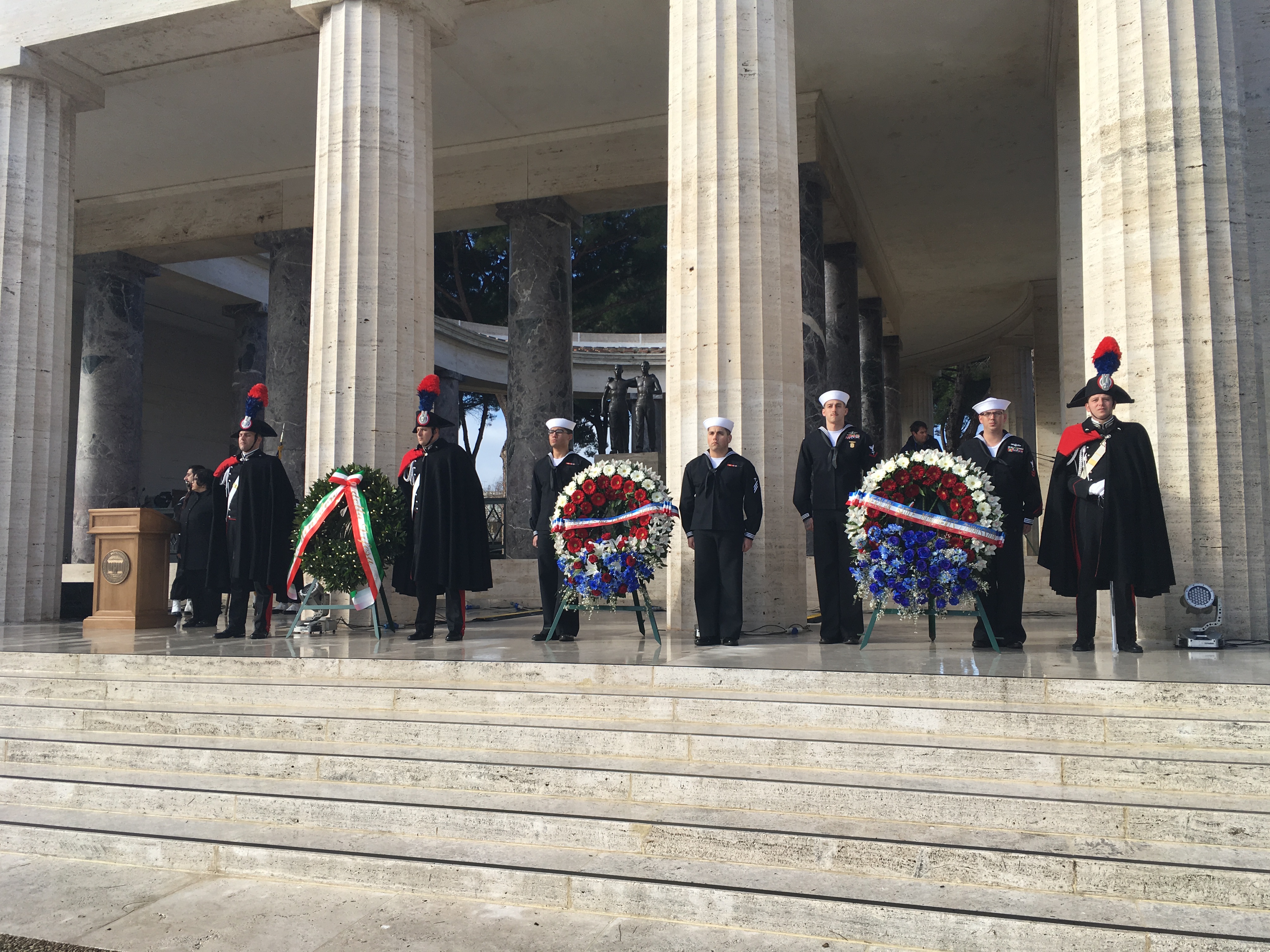 People gathered at Sicily-Rome American Cemetery on January 22, 2019 to mark the 75th anniversary of the Allied landings at Anzio and Nettuno.

Sicily-Rome American Cemetery hosted a series of commemorative events on January 22, 2019, beginning with a ceremony in the morning. to mark the 75th anniversary of the Allied landings at Anzio and Nettuno. The ceremony included a wreath laying as well as remarks from Rear Adm. Matthew Ziegler, Gen. Enzo Vecciarelli, and ABMC Commissioner Benjamin Cassidy. Personal stories of some of those interred or memorialized at the cemetery were also shared during the event.

Later that same day, the cemetery hosted a luminary and a concert. Every headstone, as well as the names on the Walls of the Missing, were illuminated with candles. And throughout the day, the names of all the people who are buried or memorialized at the cemetery were read aloud.

These events paid tribute to the almost 11,000 Americans honored at Sicily-Rome American Cemetery, who died fighting to liberate Italy. Stalemated at the formidable Gustav Line north of Naples in late 1943, the Allies outflanked the line with surprise, amphibious landings at Anzio and Nettuno on January 22, 1944. They then broke through the defensive lines with a massive offensive in May 1944. By early June of 1944, after almost a year of arduous campaigning, Rome was liberated.